In an interview with the club’s official website, Liverpool player Wijnaldum talked about the state of the team. He said: “In order to defend the Premier League, we have worked harder.” 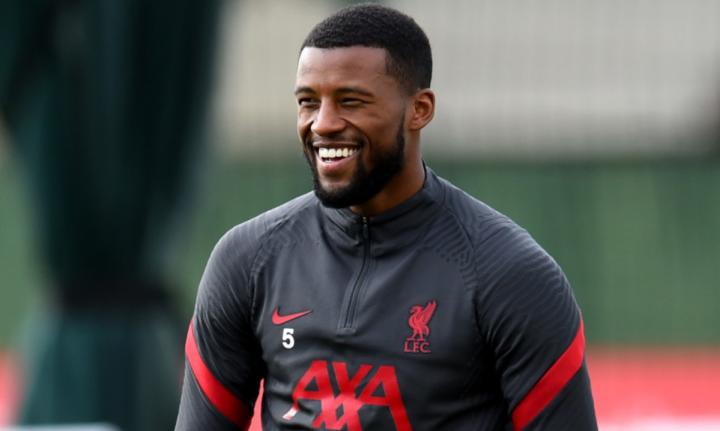 Wijnaldum said in the interview: "Because the team has been together for a long time, everyone is familiar with each other, basically the same as in previous seasons."

"We are just doing what we did last season, but we are more sharp and focused."

"The football we have been playing is very good. Although the situation we have to deal with is difficult, we still performed well, which makes me proud. Maybe we can make some excuses, but we don't."

"We dealt with the situation we encountered and tried to perform well on the court. This is what we did, we performed well and the results were good."

"I hope we can do the same thing against Aston Villa, so that everyone can go to the national team with good form."

Wijnaldum also talked about the game against Villa last season: "Last season was really tricky. We fell behind first, then Robertson scored 1-1, and then Mane scored at the last minute."

"I think everyone can recall that game and know how difficult it was to win there."

"This game may be different because there are no fans present. But it is still difficult to beat them."

"We just need to make sure that we concentrate and give 100% of our efforts to do what we did last season and this season, and try our best to play the best football."

Wijnaldum also talked about the Champions League grouping and Ajax: "Because this is a team from the Netherlands, I also know a lot of players who play there, and some of them play with the national team. With Their confrontation will be a good match."

"They should be respected in the way they play football. I'm talking about all three teams in the group. They deserve our respect. We will show them by putting 100% of our efforts and our efforts to win the game. Our respect."